Romans 12: 2- “And do not be conformed to this world, but be transformed by the renewing of your mind, that you may prove what is that good and acceptable and perfect will of God.” NKJV 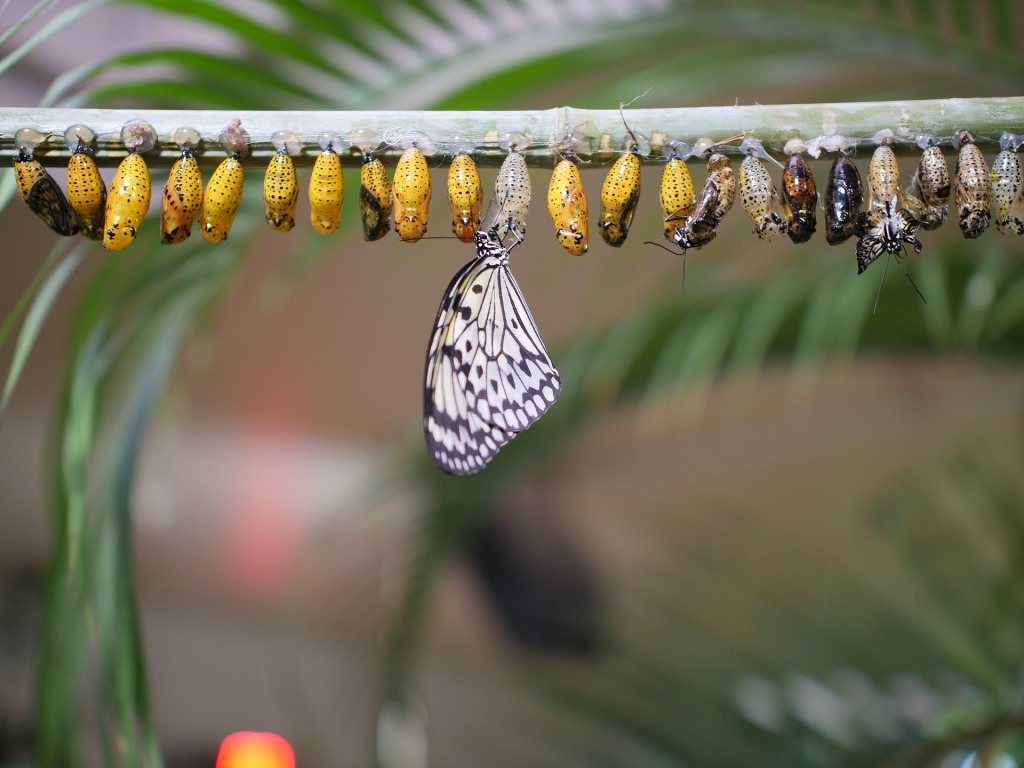 Don’t be conformed! Be transformed!

Paul continues his thought of how we are to present ourselves to God! He has already shared some key points: God is looking for a living sacrifice that is holy and acceptable, commenting that it is our reasonable service to One who has displayed so many mercies before us! He continues by stating that we are not to conform to the world. Maybe when he wrote it, it wasn’t a big deal, but today it is a big deal.

I thank God for this time in which we live. With all of our problems and concerns I would not have wanted to be born in other time in history. But we are not living in a perfect world, nor a world that honors God, and neither did Paul! People don’t want to be told how to live. We see it in the news daily, even in regards to our very health! How a world wide pandemic became a political weapon is beyond me! Yet, here we are!

The world is always looking out for self. What benefits me! What gives me power! What will give me the most views? The most followers? Make me the most money? Me at the center of it all! If we are not careful this will become our mantra as believers. It will become all about me. Therefore, Paul tells us that we are not to conform to the world.

As I researched the Greek words and their meanings, I found an interesting analogy for the word that translates to conform. In the Greek syschēmatizō means to fashion or shape one thing like another. This word has nothing to do with the inward man, or character of a man. It is used to describe the outward form that changes with time.

For example, my outward form on the day I got married was youthful but over thirty years later, not so much! My outward form is continuously changing, from size 4 to 6 to 8 to 12…I think you get the point! So what could Paul mean? William Barclay wrote that Paul was saying, “Don’t try to match your life to all the fashions of this world; don’t be like a chameleon which takes its color from its surroundings.”

In the Strong’s, this word is rendered to “conform to the same pattern, or to fashion self according to”. According to what? According to the world! I believe in financial wealth, and not a vow of poverty, but my life’s goal isn’t to obtain wealth! That’s how the world lives! I believe in having a good name, so does God, but my life’s goal isn’t to make a name for myself, but to exalt the name of Jesus! We live in this world, and as such, we are affected by all that happens in it; but conforming to this world, changing like a chameleon, being who others think we should be, is not high living!

High living, is transformation! Transformation in the Greek is metamorphoō, and is the word used for transfigure! Remember the transfiguration of the Christ?

Now after six days Jesus took Peter, James, and John his brother, led them up on a high mountain by themselves; and He was transfigured before them. His face shone like the sun, and His clothes became as white as the light.

To be transformed is to change into another form, like a butterfly from a caterpillar, like a sinner to a child of God! Transformation! God is not calling us to change the outside, but the inside, and transformation is about our inner man! Salvation is supposed to be transformative, Paul wrote in 2 Corinthians:

Therefore, if anyone is in Christ, he is a new creation; old things have passed away; behold, all things have become new.

The heart of stone, becomes a heart of flesh! The guilt is washed away, and we are redeemed! The passions of the flesh gives way to the passions of the Spirit! Because we have been made new! Now my life isn’t conformed to the world, living selfishly; but transformed to Christ, Christ centered!

This is what happens when we are saved! But we maintain this resurrected, transformational existence by the renewing of our mind! The Greek word for renewing is anakainōsis, and it means “the renewing (of your mind),” i.e., the adjustment of the moral and spiritual vision and thinking to the mind of God, which is designed to have a transforming effect upon the life; according to the Vine’s.

The word of God brings about this change!

How is this even helpful? Well, if you read it only in this blog, it may only peak your interest! But if you begin to read the Bible as God’s word, and that you trust it, your life will be transformed into a life that even you won’t recognize. You look over your life and think, “My soul looks back and wonder how I got over!”

Paul says that when we are seeking to have a transformed life, then we will be able to prove what is that good and acceptable, and perfect will of God! David Guzik wrote in his commentary that the transformed life is proof positive of the will of God! When you understand from the word of God that you can be healed, and healing manifests in your body, you know it is the will of God that you be healed. When you see anything in the word, and it manifests in your life, than you know that is God’s will for your life! His good, acceptable, and perfect will!